The real world can be a depressing place that we need to escape from for a few hours before diving back in. Some people do this by going to the football every week, supporting their team, singing the songs and acting out of character for 90 minutes. Others hit the pub as soon as the clock strike 5pm on a Friday and drink their worries away, picking up new, embarrassing ones to mull over on Saturday morning. For me, one of my favourite ways of escaping the monotonous mood of day to day life is laughing my head off at a comedy show. Comedians will always be in demand for this reason, and these comedians especially. You’ll find tickets for all these shows and more at Ticketmaster, and you can bag yourself a saving with a Ticketmaster voucher with Groupon. 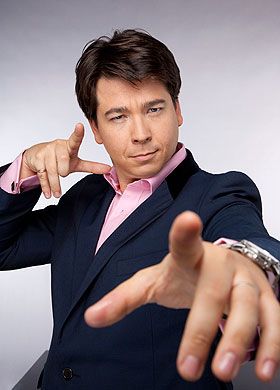 Michael McIntyre’s Big World Tour is hitting the UK in 2018, and it promises to provide big laughs for fans of the vibrant comic. McIntyre picked up his funny chops from his comedian father, Ray Cameron, and his natural wit and likeability is evident during his routines. Rumoured to be the highest grossing comedian in the world at one point, McIntyre has hosted his own chat show, performed various times on Live At the Apollo and was even a judge on Britain’s Got Talent. I’ve been a fan of the Jokers since their early days appearing on truTV, where my only chance of watching them was any clips I could get my hands on while browsing YouTube. Since then, they’ve become a worldwide hit and spawned many (and quite frankly, worse) copycats in countries such as Belgium, Brazil, Lebanon, Sweden and Egypt. The ‘Where’s Larry’ tour kicks off in Manchester on October 5th and travels to Glasgow, Sheffield, Cardiff, London and more. The iconic US comedian is coming to the UK for the first time ever in what promises to be an explosive, roller coaster show that will shock any first-time viewers of Rock’s material. The Brooklyn born comedian had success in America and abroad with his comedy Everybody Hates Chris, which was loosely based on his life growing up in New York. 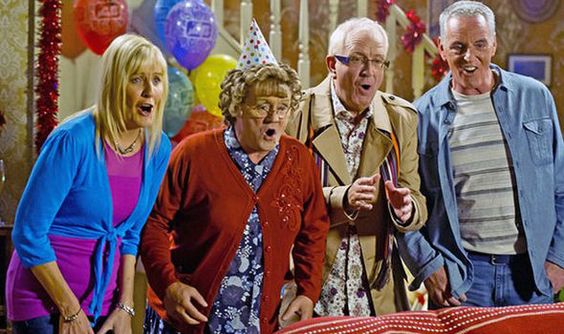 The smash hit sitcom takes the stage for Good Mourning Mrs Brown, a show that will deliver a laugh a minute just like the TV counterpart. It’s been a meteoric rise to the top for the show, which has been voted as one of the best ever UK comedies in various polls. The best part about the show isn’t the wickedly funny script written by Mrs Brown herself, Brendan O’Carroll, but the adlibbing and improvising done throughout by the cast which is not going to change with the live show. Massive in both personality and stature, the English comedian is back to touring after a four-year hiatus with You Magnificent Beast. The aptly titled show is sure to make you howl with laughter and cringe when the awkward levels ramp up. To most people he’s known as Mr Gilbert from The Inbetweeners, so going to this show will give you two hours of a Gilbert from an alternate universe and I don’t know if that’s hilarious or absolutely terrifying.